Bella Lash wanted to continue with edgy vibes for Halloween. And at first, Medusa was not an obvious choice. We debated doing Pennywise (From the movie,“It”) and several more scary costumes. Once our marketing and creative teams landed on the idea of Medusa, it was clear to all of us that she was the best choice. As a royal Greek goddess turned evil from power, she was edgy but we knew we could still make her glamorous and eye-catching. 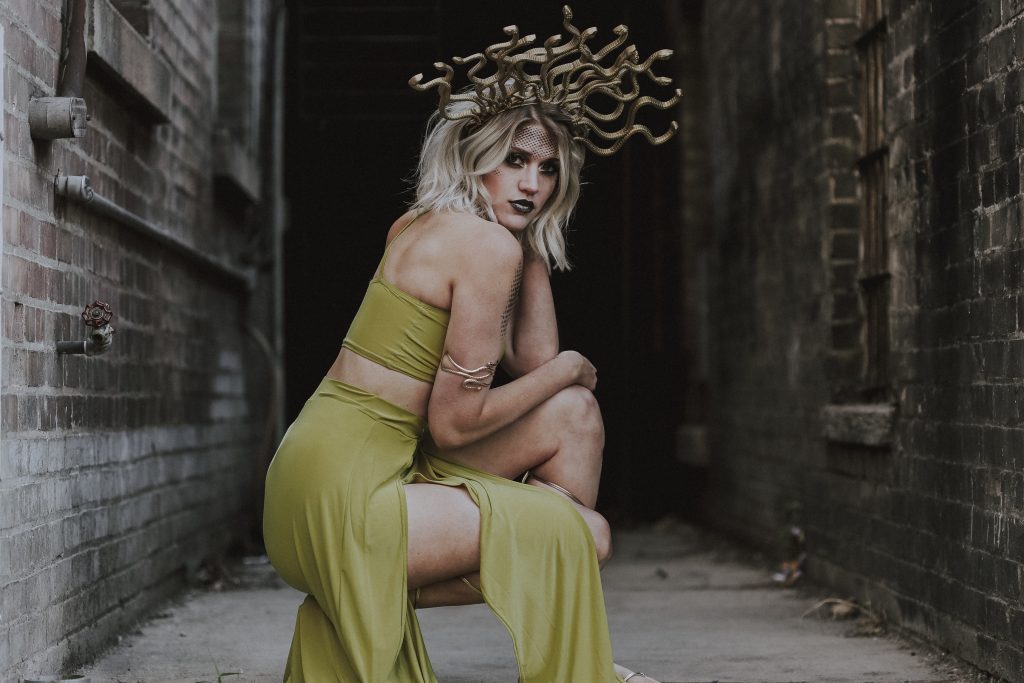 We wanted something regal for a former goddess that also offered Grecian vibes. We dabbled with a few different gold, long ball gowns. Once we came across this chartreuse outfit from BooHoo, we instantly felt it was the right choice. The outfit is modern and stylish but it also reminded us of a toga. The side slits in the skirt proved to be very difficult for our model, Shyanne, to move modestly in. We decided to pin up the slits until they were more modest and easier to move in.

To be a convincing Medusa, our model obviously needed to have snakes for hair. This took a little bit of work to perfect the idea. Our teams eventually settled on a snake crown from an online halloween store. Once our order arrived at Bella Lash HQ, we noticed that the crown was a little more orange in tone rather than the gold tone we had expected. We didn’t love that. It was a simple fix. We spray painted over it with reflective gold spray paint to make it look more glamorous and less plastic. It dried very quickly making it easy and accessible. 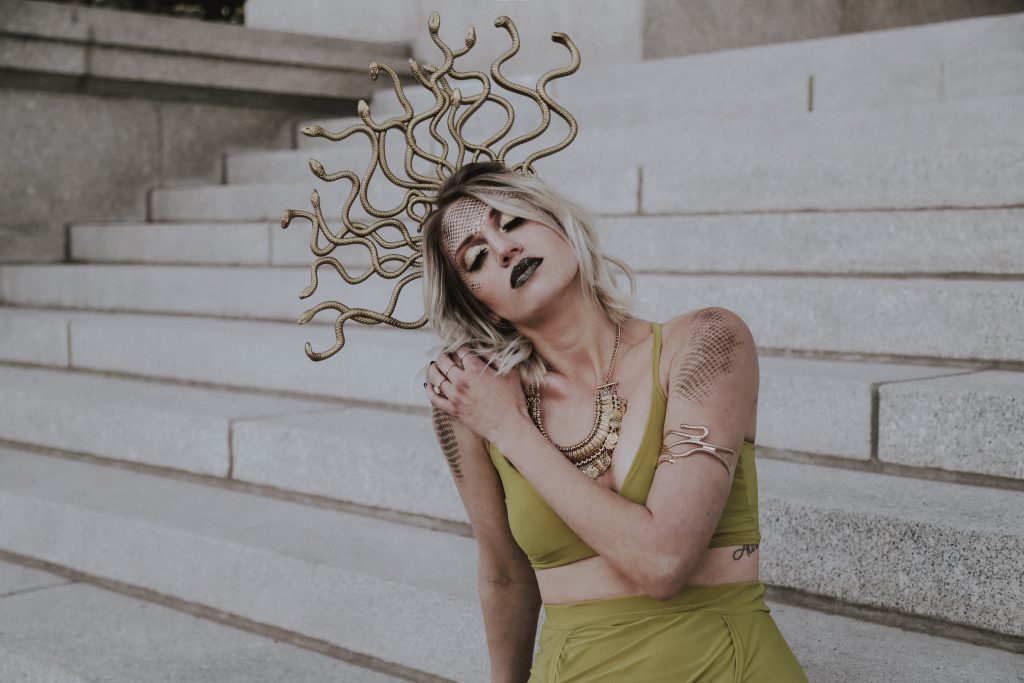 Our model, Shyanne, had a short and fun lob (long bob). We initially had planned on using extensions but decided that her short hair was better suited for the look. 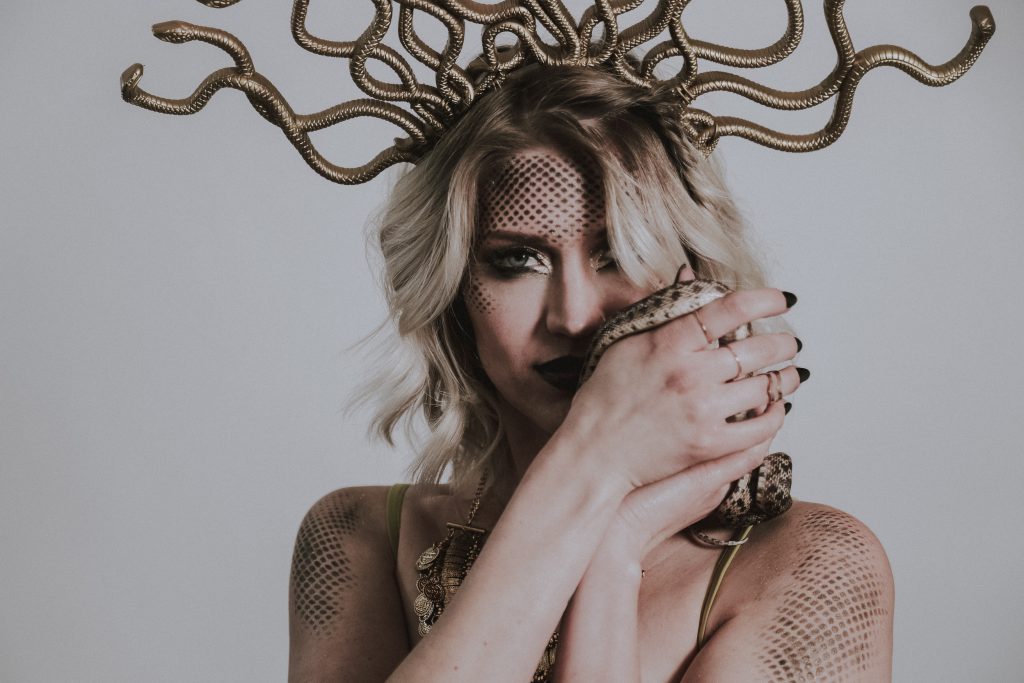 Shyanne’s makeup was done by Katie Sumsion. She did all of the models’ makeup for our shoots. Her skills did not end with our Skull Rider look. Katie went above and beyond for this look. She created an edgy eye look by using angled black liner on the lower lash line while the upper lid was adorned with a gold-glitter shadow.

She contoured the color bones, cheekbones and more to add to her edginess and fierce look. Then, Katie placed a fishnet stocking over her head and body to create scales. The look was finished with a dark black lip with gold glitter patted on top. We also used glitter and enhancement drops from CoverFX to give her a goddess type glow all over her chest, arms and legs. 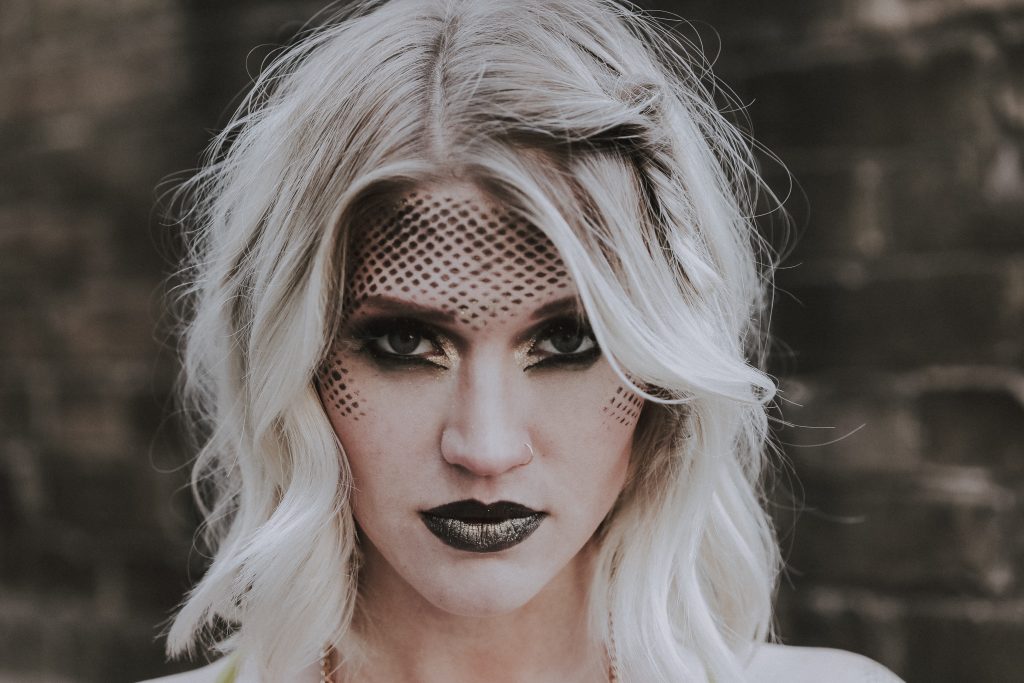 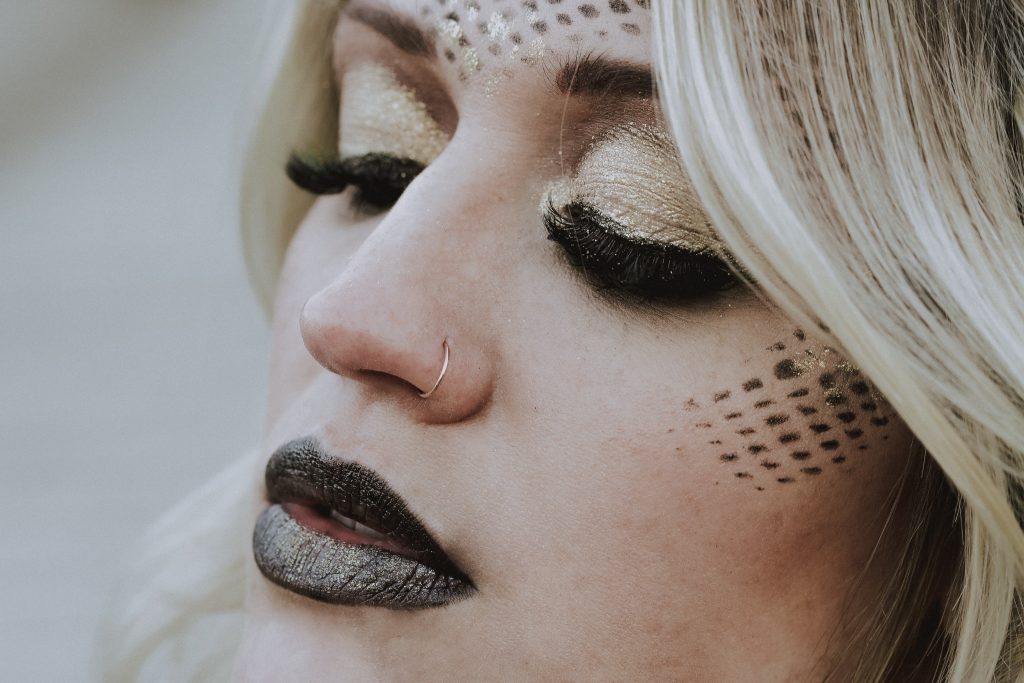 Obviously, the most important part of this look was the lashes! These lashes were Mega Volume, thick and gorgeous. Nikki began by placing gel patches underneath both eyes and priming the lashes.  The outer corners had two different colors weaved into one another of green lashes. Nikki (one of our educators) then added gold glitter accent lashes. As you can see on the lash map, her green and gold lashes were carefully placed on the outer corners of our model’s eyes to give the look more drama. Nikki also did an expert job at shaping the eye to enhance Shyanne’s natural eye shape. 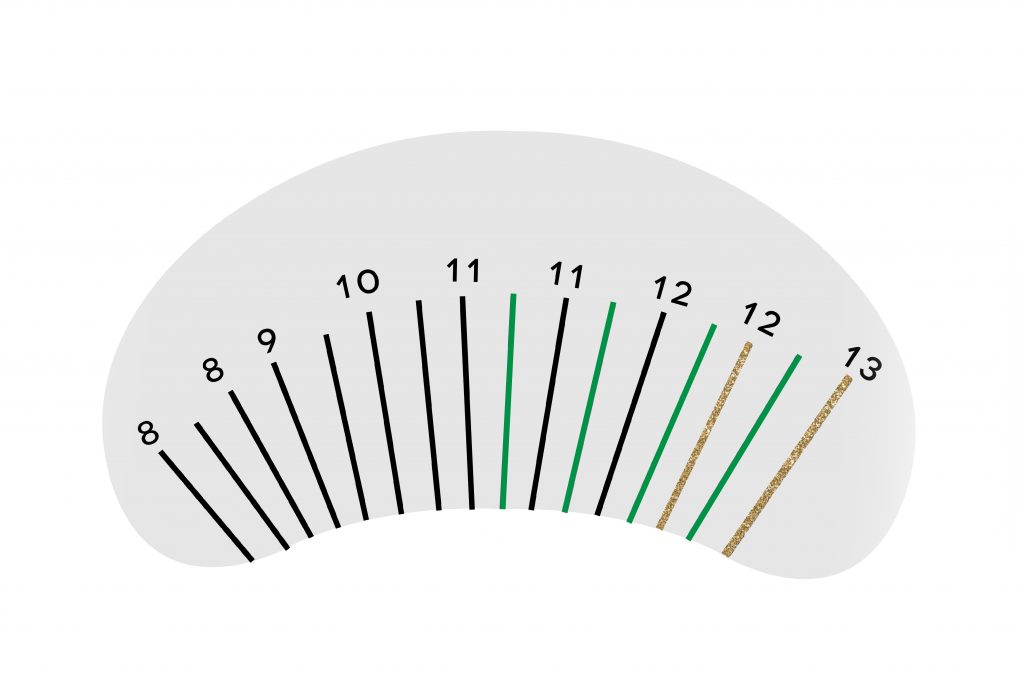 Create Your Own Medusa Look:

Gold Bib Necklace (Bella Lash already had this, but this one would look great). 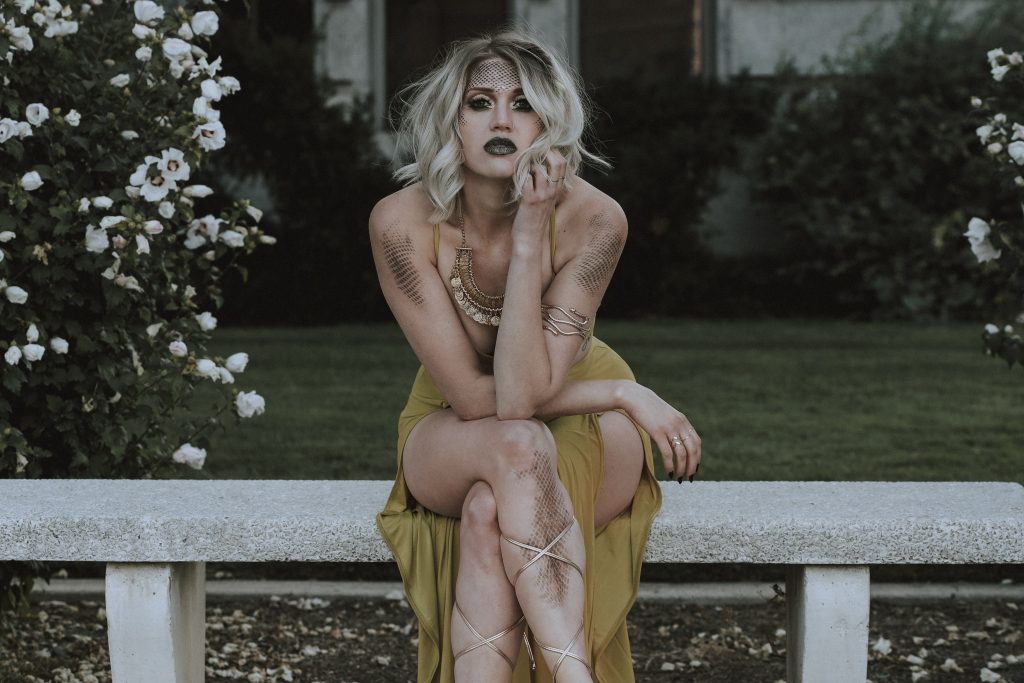